Why this matters to the lake? 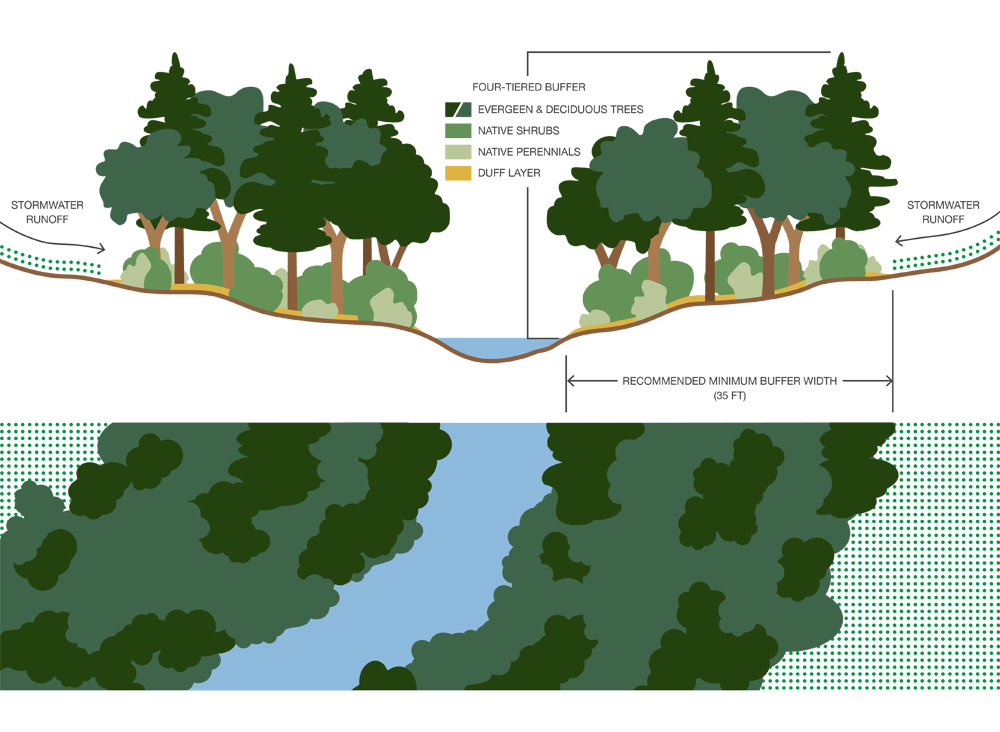 Create a site plan that maintains buffers where existing native trees, vegetation, and soils are not disturbed. Non-native and/or invasive species may be removed. Lawn areas should not encroach on buffer areas. Consider reducing existing stream crossings and avoid new crossings.

Based on site conditions, indicate on the Proposed Site Plan  the appropriate buffer width:

Prerequisite: Sites that locate new structures in a previously undisturbed area within 75 feet of the bank or edge of a wetland and/or clear native vegetation within 75 feet of the bank or edge are not eligible for certification. Permanent markers must be installed to indicate the buffer boundary for long-term maintenance purposes. This prerequisite does not apply to existing buildings and structures that are being redeveloped.

Five points will be awarded for selection of a site without this site constraint (no streams or wetlands).

Include the following information with application:

The LID Certification System encourages LID practices in development projects. The goal is to catch every drop of water from our built environment before it reaches a stream or lake, and reduce the non-point source pollutants to a level that is in balance with the natural systems of the waterbody.